More than 200 scientists from more than 30 countries recently gathered together at the 67a Scientific Committee (SC) meeting of the International Whaling Commission (IWC). The meeting took place in Bled, Slovenia from May 9th to 21st. Several topics relating to management and conservation of cetaceans were discussed within 17 subcommittees and working groups. 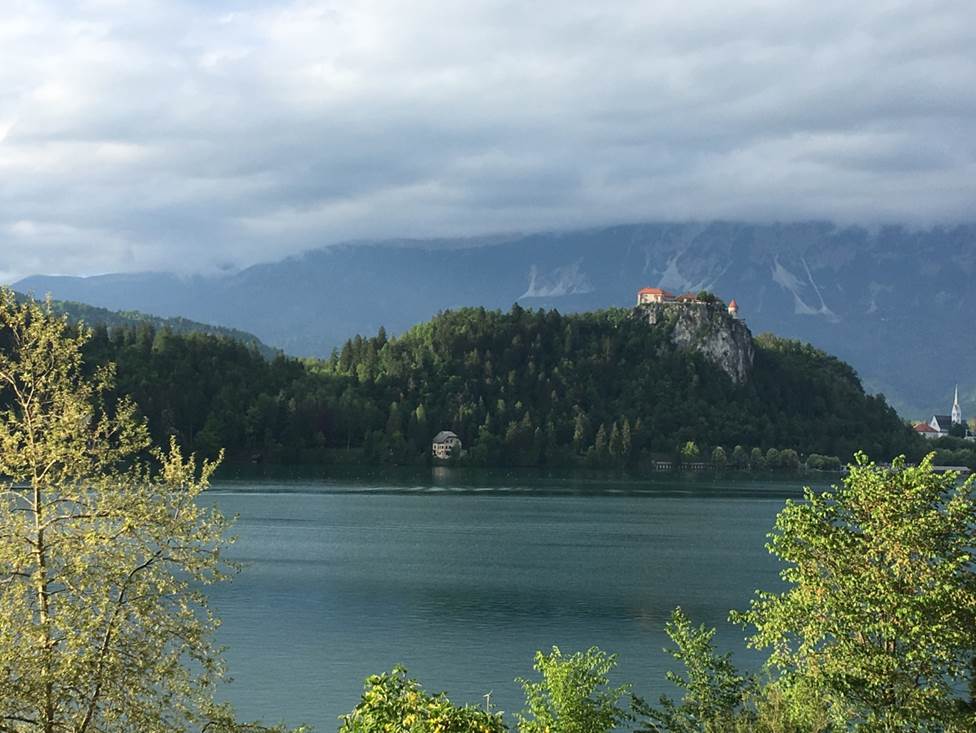 The most controversial topic was related to the highly questionable “scientific” whaling programmes of Japan in international waters off Antarctica (NEWREP-A) and coastal waters off the western North Pacific (NEWREP-NP). However, extended discussions were not allowed during the meeting. At an IWC workshop early this year, an independent Expert Panel reviewed the NEWREP-NP proposal and concluded that it did not adequately justify the need for lethal sampling, and so the Panel recommended that whaling should be stopped. In 2015, another independent Expert Panel reviewing the proposal NEWREP-A also concluded that lethal sampling was unjustified. Many scientists from most of the IWC member countries who were present at the meeting expressed their support to the Expert Panel and disagreed with Japan’s whaling programmes given the existence of non-lethal alternatives to achieve the goals of both proposals. However, once again Japan has disregarded the opinion of the Expert Panels and members of the SC, and it will continue hunting whales in the North Pacific and Antarctica. The sad reality is that on June 12th, the Government of Japan issued a special permit to hunt common minke and sei whales [VR2] in the western North Pacific in 2017 under NEWREP-NP.

Whaling is not the only risk to cetaceans; they also face many threats from human activities in today’s world. We heard about critically endangered populations dying because of entanglement in fishing gear, such as southern right whales (SRW) off the coast of Chile and North Atlantic right whales, among others. The IWC’s entanglement initiative is working to develop a global entanglement response network to collect data in several countries, which will contribute to a better understanding of the issue. Mitigation measures to reduce large whale entanglement and bycatch were discussed. These included gear modification which can substantially reduce entanglements in some cases, reducing fishing efforts, and the establishment of time-area closures.

Nowadays, bycatch is recognized by the IWC as the greatest threat to cetaceans from human activities globally, and requires urgent action. The Commission endorsed the establishment of the bycatch initiative and an Expert Panel will be established to address this issue. A vivid example of the impact caused by fishing gears on whales and dolphins is the situation of the vaquita. Its population suffered a sharp decline of 92% from 1997 to 2015. The last abundance estimation was 30 individuals in November 2016, and 5 dead vaquitas were found dead this year, three of them showing signs of fishery bycatch. This species is only found in the northern part of the Gulf of California where gillnets are used to catch the totoaba, a fish whose swim bladder is highly prized in Asia. The Committee expressed grave concern about the immediate extinction risk to the vaquita and repeated its previous recommendations for a permanent gillnet ban in the northern Gulf of California, including also possession and sale of gillnets throughout the area, and development of ‘vaquita safe’ fishing gear as a matter of urgency. In addition, the IWC Secretariat was asked to approach the Convention on International Trade in Endangered Species of Wild Fauna and Flora (CITES) Secretariat to facilitate immediate actions in addressing the illegal international trade in swim bladders from totoaba, an Appendix I species, as a matter of utmost urgency. The SC concluded that if the current illegal fishery for totoaba continues in 2018, the vaquita will become extinct. It will have followed the same course as China’s Yangtze River dolphin (the baiji) and become the second species of small cetacean to be lost in the early 21st century.

The current status of Māui dolphins is also of grave concern, and the human-caused death of even one individual increases its extinction risk. The Committee noted that existing bycatch mitigation management measures are insufficient and reiterated previous recommendations to eliminate bycatch, including closures of any fisheries within the range of this subspecies that are known to pose a risk to these dolphins. Recent evidence suggests that longlines are a potential alternative to reduce risk from the set nets and trawling currently associated with bycatch of Māui dolphin and the SC agreed that this should be investigated.

The status of Asian river dolphins (South Asian river dolphin, Yangtze finless porpoise, Irrawaddy dolphins) was also prioritized within this meeting. These dolphins face many threats, including bycatch, and habitat fragmentation and degradation due to construction of dams and barrages in the rivers where they live. The SC is extremely concerned about the status of these species and agreed to develop a Task Team for the South Asian River dolphin, which means that a team of experts will be working intersessionally in order to develop a project and initiatives to protect these endangered dolphins.

The small population of Bryde’s whales in the Gulf of Mexico, which could possibly be a different species, was estimated in 33 individuals in 2009, and is the world’s most critically endangered baleen whale population. Currently, oil and gas operations, commercial fishing, and large ports with significant shipping pose significant threats to this population. Urgent action is needed to provide maximum protection for these whales including the exclusion of seismic surveys from the eastern Gulf of Mexico, dedicated research programmes and measures to reduce the risk of ship strikes and entanglement.
The potential impacts of anthropogenic underwater noise on cetaceans are also a matter of concern within the IWC. Since 2004, the SC has made recommendations on seismic survey noise reduction guidelines. However, in our review of Latin American (LA) legislation, we found that few LA countries have instituted a process whereby marine mammal monitoring and mitigation measures are implemented during seismic surveys. The Committee recognized our recommendations and agreed that they should be addressed by international guidelines as a matter of urgency. 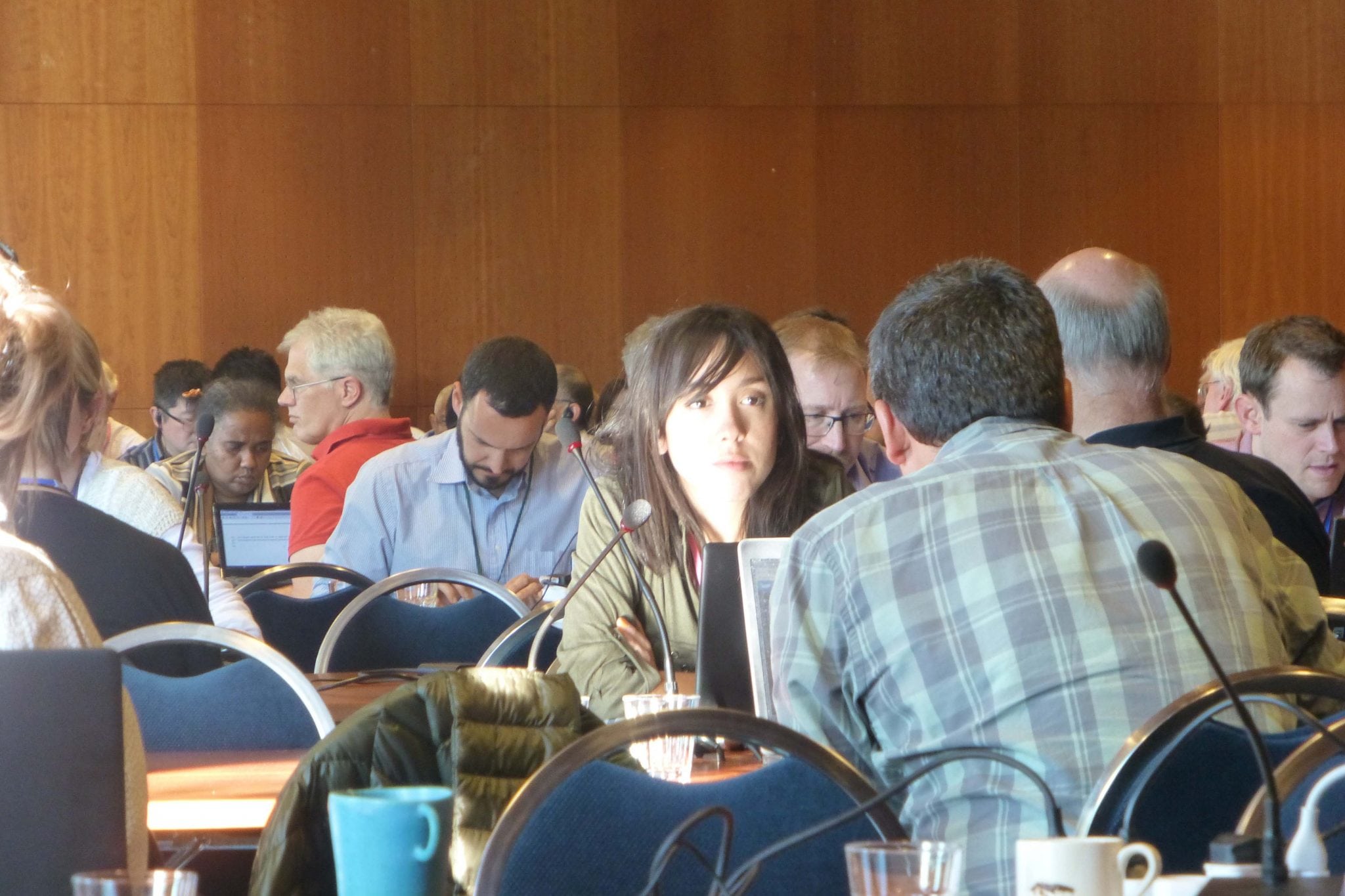 And unfortunately the list of threats continues, including ship strikes, marine debris, climate change, chemical and noise pollution, harmful algal blooms, captivity. All these topics were discussed at the meeting.

At WDC we continually work to protect cetaceans, stop whaling, end bycatch and captivity, and do our best to have a world where every whale and dolphin is safe and free. At the meeting, scientists from WDC, Fundación Cethus and Human Society International presented a paper entitled “Whales as Ecosystem Engineers: A Bibliography Drawing the Big(ger) Picture”, which was intended to bring to SC attention, a resolution adopted by the Commission last year, Resolution 2016-3 “Cetaceans and Their Contribution to Ecosystem Functioning”. This resolution highlights the important role that cetaceans play enhancing marine productivity by fertilizing the ocean with iron-rich faeces, and promoting atmospheric CO2 sequestration in the ocean. The importance of ‘whale falls’ (carcasses) after death which create unique microhabitats in the deep ocean floor is also highlighted. These important contributions to ecosystem functioning might also have beneficial social and economic impacts: e.g. removing greenhouse gases from the atmosphere, and increasing commercial fish populations. An intersessional group will be working focused on biological hypothesis relevant to this resolution and manners to move forward in the next SC meeting. We hope that this work will help to increase awareness among nations about valuing the importance of protecting cetaceans and their habitats. 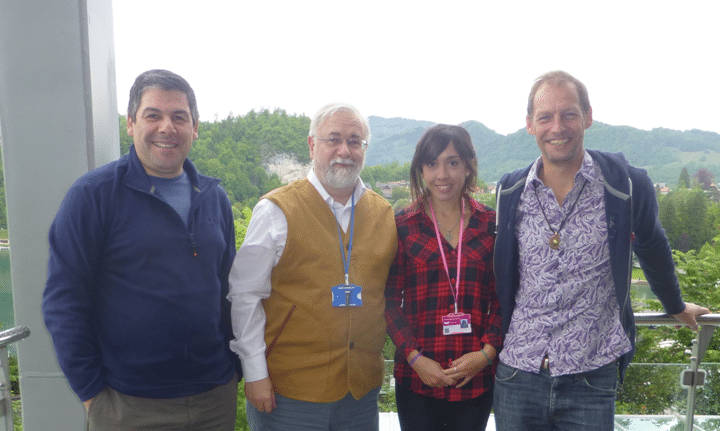 We are also contributing on two Conservation Management Plans (CMP) implemented in the South West Atlantic Ocean: one for the franciscana, the most endangered dolphin in the area, and one for southern right whales. It’s worth stressing that the franciscana CMP is the first for a small cetacean species, and this year the SC recommended to review the status of this species as soon as possible, incorporating new estimates of mortality.

Península Valdés (PV) in Argentina is one of the two calving and nursing grounds of SRW in the SW Atlantic, where the highest concentration of individuals is found. During the last decade SRWs have experienced high mortality rates of their calves at PV, which could slow population grow rates and affect recovery of this population. Some of the hypotheses put forward to explain this mortality are related to a decreased availability of food and exposure to biotoxins in feeding grounds. For this reason, there is an urgency to identify such areas. We presented results combining available satellite telemetry data with visual sightings obtained from ship surveys, supporting a feeding ground in the Patagonian Shelf. Future plans in this area include the use of drones for photo-ID and collect zooplankton samples to test nutritional condition of food in the area. The SC acknowledged the importance of this CMP and recommended continued cooperation among the different research groups to address the high calf mortality in this population.

WDC is also participating in several projects of the IWC Southern Ocean Research Partnership (IWC-SORP) that is a multi-lateral, non-lethal scientific research programme in Antarctica. As part of this work, we presented results on summer occurrence of sperm whales from 2014-2017 through the Western Antarctic Peninsula, emphasizing the need to rely more on acoustics to estimate seasonal relative abundance of populations and study habitat use of sperm whales in the Southern Ocean. We also participated of two papers on southern hemisphere fin whales along with many other researchers working on this species in the area. One of the papers reviewed available data on the species, concluding that major gaps exist with regard to understanding population structure and identity migration patterns and movements of fin whales within the area, as well as abundance, habitat use and foraging ecology. The other paper outlined the development of a long-term study proposal for the western Antarctic Peninsula, necessary for a possible future assessment of fin whales in the area.

More information on these and other topics discussed at the meeting and recommendations from the IWC SC can be found in the annual report of the IWC SC. We have now a lot of work to do ahead of the next IWC meeting including working with governments, research fieldwork and data analysis, and public campaigns. All of this will help us to continue the fight for whales and dolphins and the places where they live.