On 26 December 2018, the Japanese government announced its withdrawal from the International Whaling Commission (IWC – the body that regulates whaling) in order to officially resume commercial whaling operations in Japanese waters. The intention is to stop the so-called research whaling’ operations in the high seas of Antarctica and the North Pacific and instead concentrate on hunting sei, minke and Bryde’s whales in Japan’s coastal waters and offshore, but no further than the line of the 200-mile Exclusive Economic Zone (EEZ).

You can help by emailing the Japanese embassy in your country, using our template letter. 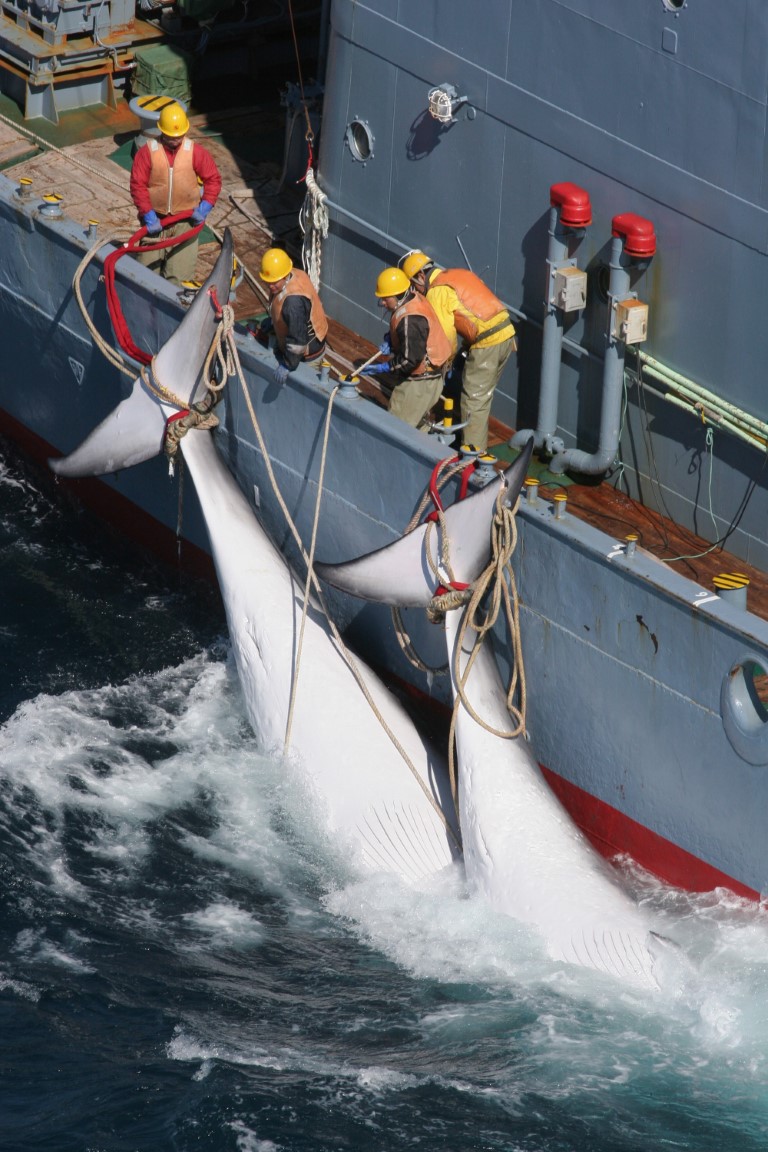 If that particular date was chosen by Japanese officials on purpose in order to minimise attention and outrage, they failed miserably. Our press officer took his first call from a journalist at 6:30 am UK time on Boxing Day and his phone rang pretty much solidly for two days. I was heartened to see the immense interest and attention Japan’s decision received from media and citizens all around the world. Many of the commentators expressed their concerns and disappointment with the decision. The huge interest proved that the world sees this move for what it is – a big deal – and a very bad one for the whales. It has the potential to jeopardise more than three decades of work to protect and conserve the great whale species. In 1982, the IWC agreed on a worldwide ban or moratorium (by putting all kill quotas to zero) for commercial whaling on all large whale species. This ban came into effect in 1986 and is one of the biggest successes for modern species conservation.

Of course, the Japanese government was never a friend of the whaling moratorium and has worked hard over the last 30 years to undermine and ultimately lift it. Japanese ‘research whaling’ has always been commercial whaling conducted under the loophole of research, masquerading the whale hunt in Antarctica and the North Pacific as science. Without a reservation to the whaling ban in place, Japan was not able to conduct commercial whaling while being a member of the IWC.

There is no doubt that Japan’s decision to leave the IWC was triggered by their failure to succeed with the proposal to lift the commercial whaling ban at the September meeting of the IWC.  Instead, the majority of member countries emphasised their dedication to the protection of whales and ocean ecosystems by adopting the groundbreaking Florianopolis Declaration.

The Declaration highlights the key role of the IWC as a conservation body and the importance of whales for healthy oceans. It also recognises that there is no need for commercial whaling or to kill whales to carry out research. It is the logical move and an important step in the right direction: This new Declaration aims to transform the IWC away from being a body that regulates whaling to one that conserves and protects whale populations.

Just a few weeks later Japan’s continued trade in endangered sei whales was found to be illegal by the Convention on Trade in Endangered Species (CITES).

Some commentators have remarked that Japan is now just following the example set by Norway (which objected to the whaling ban when it was agreed and is thus not bound by the decision) and Iceland (which left the IWC only to rejoin later with a much disputed reservation to the ban) who both still conduct commercial whaling in their waters in defiance of the ban.

However, the situation is much more complex and Japan leaving the IWC is actually setting a dangerous precedent – unhappy with the decisions made by the majority of the members of an international agreement, Japan simply to chooses to go it alone and resume commercial whaling without the oversight of an international body. The intention is to remain an observer to the IWC, thus hoping to still be in compliance with the United Nations Convention on the law of the Sea (UNCLOS). Legally, Japan’s decision is questionable and might not be in line with its international obligations. UNCLOS requires countries to cooperate on whale conservation matters ‘through the appropriate international organisations for their conservation, management and study’. Globally, the IWC is the only recognised appropriate international organisation to do that. Although the IWC does not have the legal mechanisms to sanction countries that violate the moratorium, countries could challenge Japan’s move under UNCLOS.

Still, there is the danger that other countries might now follow this example set by Japan – if you are not happy with the decisions made by the majority of an agreement, just leave and do as you please. Not a helpful move in times where international cooperation on protecting our environment and the world’s climate is becoming more important by the day. Moreover, while it is a positive thing to have Japanese whalers out of the southern hemisphere, there is no telling what this means for whale populations around Japan. There’s particular concern about the status of a small minke whale population called the J-stock, found off the coast of Japan and already under severe threat. The sei whales targeted by the whalers are still classified as endangered and there is too little data to even know the status of Bryde’s whales.

But just talking about numbers and abundance is of course beside the point. Whales are immensely complex, sentient beings. We are still only scratching the surface of understanding all there is to learn about them and the mysteries of their ocean-dwelling lives. 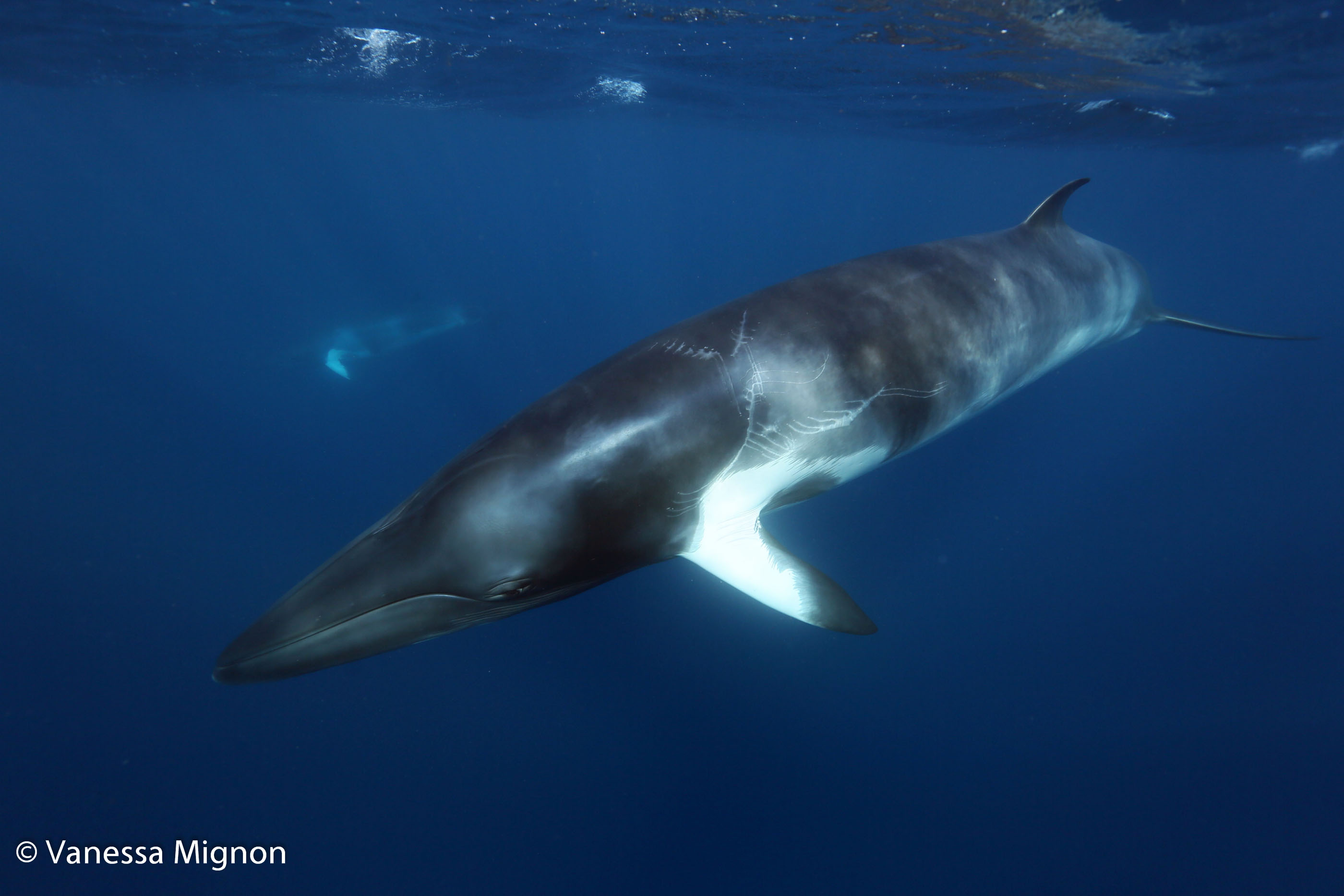 There is very little interest amongst the Japanese public in the consumption of whale meat and the Japanese government would need to work hard to create a self-sufficient market. Whaling is inherently cruel and we also now know how important whales are for healthy oceans and even our climate. Saving the whales really means saving ourselves and our shared planet. There is simply no need or demand for a commercial whaling industry in the 21st Century!

So what can be done?

Clearly, by abandoning whaling in the Southern Ocean Whale Sanctuary and the high seas and moving whaling to their EEZ, the Japanese government is hoping to escape the criticism and diplomatic difficulties it has faced in the past. By leaving the IWC, they are hoping to realise their long term plan of resuming commercial whaling without international interference. With your help, we need to ensure this does not happen. What we need to do now is give the whales a loud voice, asking the Japanese government to abandon their misguided plans and join international conservation efforts. The whaling interests are contrary to the interests of the wider Japanese public and driven only by a small but influential group of politicians and whaling industry stakeholders.

What is WDC doing?

1.    We are working closely with other organisations all over the world and also with government departments to try to leverage diplomatic pressure. The UK and other governments have issued strong statements condemning Japan’s move and we will work with them to follow this up with action.

2.    We have close links with Japanese animal welfare organisations and we are intensifying those working relationships. Japan’s announcement has received a lot of media coverage with many Japanese commentators raising concerns within Japan and so we hope that this will bring more domestic attention to the issue and make it easier for our allies in Japan to get traction and garner support. Change will need to come from within Japan and so our work with our colleagues there is a crucial tool in our box.

But most importantly, the Japanese government also needs to hear from you! Please write to the Japanese embassy in your country and let them know that the resumption of commercial whaling is unacceptable and is harpooning Japan’s reputation!

We have provided a template letter but please add your own comments as your concern will be taken more seriously if the recipient can see that it is something that you genuinely care about.

Please also make a donation to help us keep fighting to stop whaling.

Thank you so much for your help and for working with us to ensure that whales will be safe from the harpoons of commercial whalers. 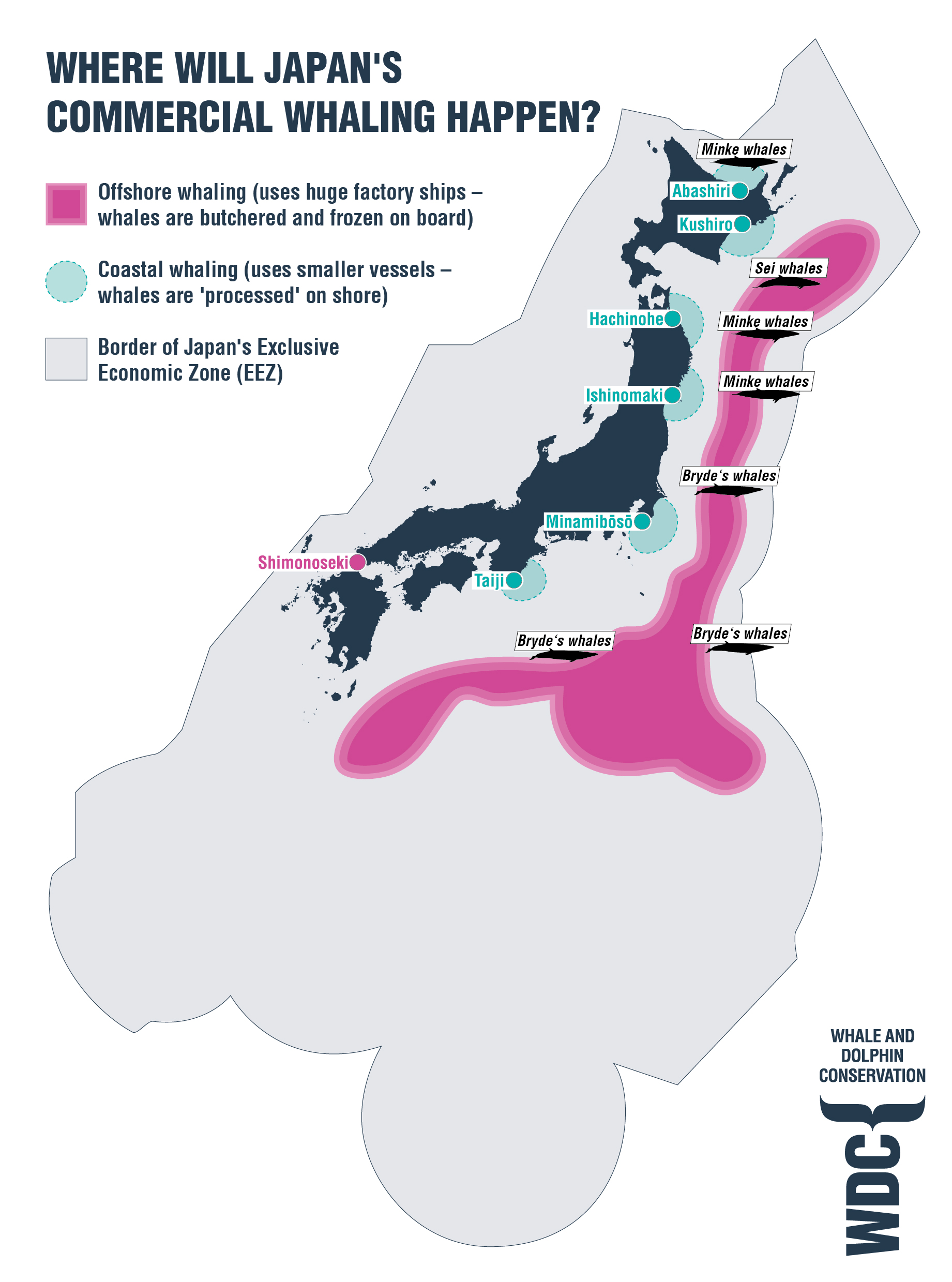